Crowd Sourcing International Reviews
Is Narc That Car Legit or a Scam? 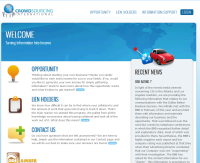 This company has created a very unique idea and coupled it with a MLM business model which on surface looks great but recently this business has been drawing a lot of heat.

So what is Narc That Car all about? Well, this company has developed a business out of reporting car license plates into a database to be used for various purposes. Yet the real end goal is to help lien holders locate vehicles that owners have missed payments on.

The idea is to have members of Narc That Car go out and collect license plate information, at least 10 cars a month, this info gets entered into the database and mapped out for easy use by Narc Technologies customers.

Now as with any MLM there is also a recruitment side to the business. You need to recruit more “Narcs” into the company from which you will also earn a percentage of the business that they generate and their start up fees.

The commission that you earn for reporting a license plate can range from a couple cents to several dollars based on your level within the company. Keep in mind that you are also paying $24.95 a month for your own Narc That Car website which keeps track of your reports and recruits’ performance.

So is Narc That Car a Scam or the Real Thing?

At first glance this seems like a legitimate and potentially successful business opportunity. Recruiters will tell you that you are doing a good thing, going as far as saying that Law Enforcement Agents use the Narc That Car database for Amber Alert cases. Not to mention the job is extremely easy.

So what if anything is wrong with this company? First off, one red flag is that the company has already changed its name from all the different versions of Narc to “Crowd Sourcing International.” Now this could have something to do with this very damaging report issued by the BBB for Narc That Car.

The Better Business Bureau branch in Dallas has given Narc That Car a rating of “F,” the worst-possible rating on the BBB’s 14-step rating scale.  Narc That Car’s previous rating was “NR,” meaning the firm had no rating with the BBB, which opened an inquiry into the company Jan. 18.

The BBB said that, despite the fact Narc That Car provided some information on the company’s compensation practices Feb. 8, the organization “remains concerned as to whether the business model, in practice, truly provides any significant method of compensation which would not require sponsorship of additional program participants.

According to the company, as of February 10, 2010, only 1% of total commissions paid out to independent consultants was for the sale of license plate information to third parties, referred to as ‘client share, the BBB said. Previously, the company’s ‘client share’ income was the only repeatable form of compensation which did not involve the recruitment of others into the opportunity. However, as of March 1, 2010, the company has provided a modified compensation plan which allows for base-level independent consultants to receive commission payments.

If you’ve looked at this opportunity critically then this shouldn’t really come as a surprise. Even in this poor economy the chance of you randomly stumbling on a defaulted car plate is pretty slim. Which begs the question, is the real income coming from recruitment and peoples’ monthly website fees?

Another concern that is seldom addressed when talking about Narc That Car/Crowd Sourcing International is the issue of safety from both ends.

Realistically this company is asking you to go snooping around strange neighborhoods. Let’s say you have the bright idea of venturing out into bad areas since you think they might have a higher volume of defaulted cars, what happens when the wrong person sees you kneeling by their car taking down their plates. The potential for altercations seems extremely high.

Likewise you really don’t know who’s buying up this information from Narc That Car/Crowd Sourcing International, for all you know sensitive info that you’ve help collect is simply going to the highest bidder.

Overall this may seem like a great idea, and there are already countless knockoffs and independent websites selling similar schemes, but you really should think carefully about joining this company.

Average Rating for " Crowd Sourcing International " is 0 out of 5 based on reviews.