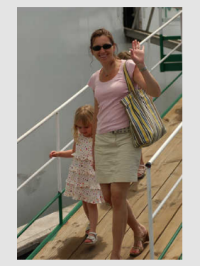 I’ve tried to do my best at OpportunityChecker.com to expose the use of fake news articles.  Fake news sites follow a basic template in which the site poses itself as a local online paper running a feature story on a successful work at home Mom or Dad.

The website owners use an IP tracking tool to make sure that the papers all have your local town in the heading.  So for instance if you live in Fresno, CA when you visit the site the heading would read “Fresno Times” and accordingly for anyone else who visits those sites.

While the fake news site will use a variety of names, Kelly Richards is one of the personas most often used.  Usually she’s a single mother, who has tried to make ends meet for a long time, and was at her wits’ end before she found whatever work at home kit that’s being advertised.

In addition to fake news sites, it seems these days that Kelly Richards has actually begun her own blog to discuss all the different kits and internet work at home Biz Ops she’s used to earn money.

The Kelly Richards blog is a new tool being used by internet scammers.  The truth is that this name has been used so often in fake news sites, that it now receives a large volume of searches on a daily basis.  So scammers have set up a Kelly Richards blog that you will visit to read about how great Kelly is doing working with this new scam.

Hopefully Kelly Richards’ reign as the Queen of Scam will soon be over.  Now that her name is being used so often, undoubtedly more articles just like this one will be popping up to warn you of her.

Average Rating for " Kelly Richards " is 0 out of 5 based on reviews.